The first action camera designed for FPV drones, the U01 makes it easy to capture stunning aerial footage from all angles and get creative with your content. This is a bargain price-point product that takes great video at night or during low light conditions.

The “fpv drone camera” is an official stripped action camera for FPV drones. It has a wide-angle lens and a built-in screen that allows you to see what the drone sees. 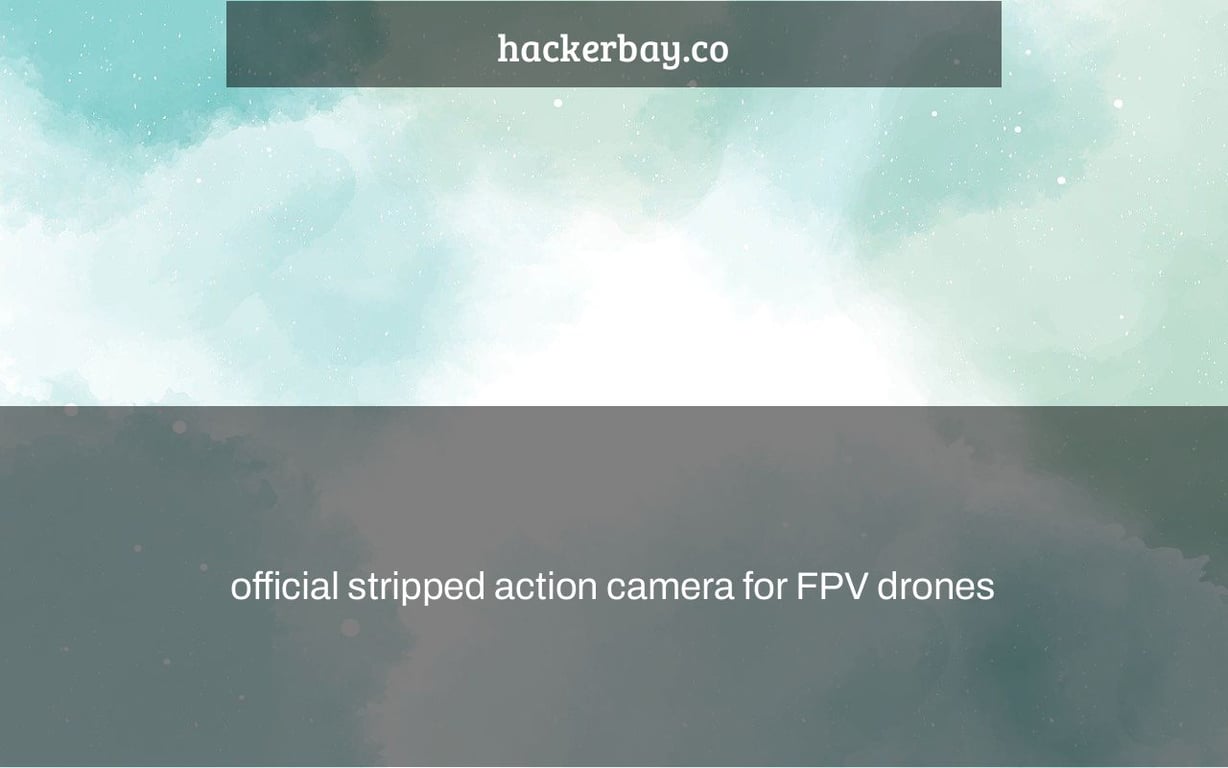 To meet the demands of artists who utilize drones in their work, GoPro designed the HERO10 Black Bones action camera, which is slimmer than the regular version and can be installed on a variety of drones with first-person vision.

Most drones, by their very nature, include one or more photographic sensors, which are seldom of high quality, unless you want to spend a lot of money, as the one necessary for the DJI FPV (1,519 euros on Amazon). As a consequence, many aerial photographers are used to stripping standard action cameras of unnecessary components such as displays, batteries, and bodies in the pursuit of less-than-ideal results. GoPro, an American company, has now unveiled their answer in response to this.

Nick Woodman’s company, known for its wearable action cameras, did the “dirty work” for the user, creating the HERO10 Black Bones, a “stripped” version, or rather, “reduced to the bone” (50 x 68 x 29 mm) of the normal HERO10 Black action camera, which weighs just 54 grams without the lens cap.

The HERO10 Black Bones, which can be mounted on FPV drones, retains the highlights of the standard model, including HyperSmooth 4.0 stabilization and the GP2 processor, which, in particular, supports the half format 4: 3 or the full format 16: 9 in favor of video resolutions ranging from 5.3K / 60p to 2.7K / 240 (passing through 4K / 120p). The screens (front and back) were removed, and the battery, the GH1.25-3P, with the connector on the back, which performs a dual function: on the one hand, it allows to draw energy from the drone’s battery (2S-6S / 5-27V) via the voltage regulator, avoiding the need to worry if more than the 5V required by the action camera arrives.

The other function of the connector is control, which is already possible using the buttons on the back of the Bones, via GoPro Labs QR codes, Quick app, and the GoPro remote control, since – using the OpenGoPro API or the BetaFlight open firmware for models with STM32F4 processor – you can control the action camera (obviously including the microSD slot) with the same controller of the drone. The assembly section of the technical data sheet relies on the housing, which uses the same standard connector as drones with first person view, and the threaded hole, as well as the fact that the GoPro Player software now includes the ReelSteady 2-0 tool, which allows the footage to be stabilized even in post production using GPMF metadata.

While certifications for Bluetooth and Wi-Fi connectivity are pending, which will allow it to be sold in Italy (at 529.99 euros including VAT), the HERO10 Black Bones action camera is currently only available in the United States, with an open market price of 499.99 dollars, which drops to 399.99 euros for those who already have a GoPro subscription.

The “best action camera 2021” is a stripped down version of the popular GoPro cameras. It is designed for use with FPV drones, and has many of the same features that are found in other action camera models.

Can You Get Scammed on Cash App Sugar Daddy

How to Root Vodafone Smart Turbo 7 and Install TWRP Recovery